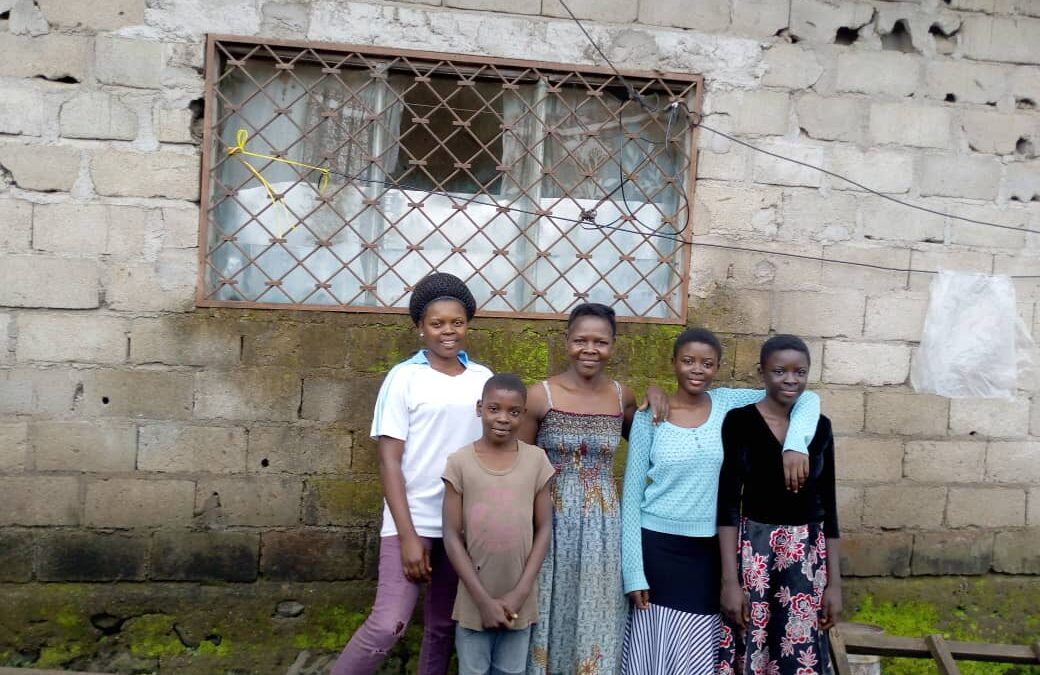 Mami Mazion of Ndongo Quarter Buea is pleased to share her story.” I have added shutters to five big windows and two bathroom windows in my house, all thanks to proceeds from my piggery farm.” Not only did she add value to her house, she bought a new bed for herself as her bed had been the floor for a very long period. With great excitement, she has this to say “I cannot really express my joy. I can now boast that even with the coming of the rainy season my children and I are free from cold. Before I was using sheets of zincs and bags to cover the windows. Also, I can now let someone into my room without any shame. I used to fear that if I fell sick and people had to come into my room, they would realize that my bed is the floor. This has really made me proud and confident”

I was able to realize all of this thanks to the support NADEV gave us to raise pigs. I was able to make 310,000FCFA from the sale of the pigs that I received.

Mami Marion was one of 15 widows who were supported in the Buea, Melong and Santchou in Fako, Menoua and Moungo divisions respectively. Each of them received a backyard pigsty, training on modern pig farming, two piglets and vaccines, feed, and technical assistance for six months. 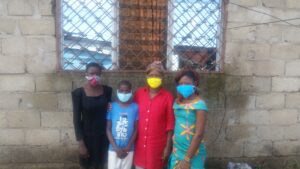 43 years old Marceline Nepi of Small Soppo on her part was the beneficiary of a poultry project. She is one of the 30 widows that NADEV supported in the course of 2020. She, like other widows, benefited 02 drinkers, 03 feeders, 100 three weeks old chicks and 450kg of composed fowl feed.

She said she is now able to give her daughter who is in university money for handouts and other school requirements with ease thanks to the support she derived from NADEV. Taking care of her daughter’s school needs had been very difficult before the support. “I have been facing challenges of meeting my daughter’s needs since she enrolled in the University. I sometimes borrow in order to give her money for handout and other school needs” she narrated.

“From my first sales, I realized the sum of FCFA 90,000. I gave FCFA 50,000 to my daughter to complete part fee of 25, 000 and use the rest of 25,000 for her other school needs. I no longer have the fear of thinking about where to have money since I still have some mature birds which will fetch me income for this first phase while waiting for the second phase” she said with much certainty.