NADEV’s Women Empowerment Programme has been active in several domains to bring about gender equality. As a policy gender balancing is integrated in all NADEV programmes. Sensitisation on women’s rights has been carried out through training and social theatre. In 1999 NCIG staged the play Namundo – the Empowerment of a Rural Woman during World Rural Woman’s day. In 2000 Sarah Politik, which aimed at mainstreaming women in politics, was filmed and screened on national TV with British Council support. Subsequently, between 2001 and April 2002 the play was staged at six locations in 5 divisions of the South West Province. During World Rural Women’s Day 2002 the women’s drama troupe was again on hand with a sketch on economic empowerment for the rural woman. Other projects included the project to Promote Gender Justice in the Media, which contributed to a gender policy for use by media houses in the South West Region, trained female media practitioners on advocacy skills, and male journalists on gender and women’s rights in 2008. The project was supported by WACC Canada.

In partnership with the Presbyterian Church in Cameroon (PCC), NADEV carried out a project to improve on women’s participation in economic activities and local decision making structures between 2005 and 2009.

Between 2003 and 2009 NADEV ran 12 functional adult literacy courses for women in different parts of the South West Region with support from the Canadian Embassy, IDH Spain, the National Literacy Programme. Over 350 women benefitted from the programme. 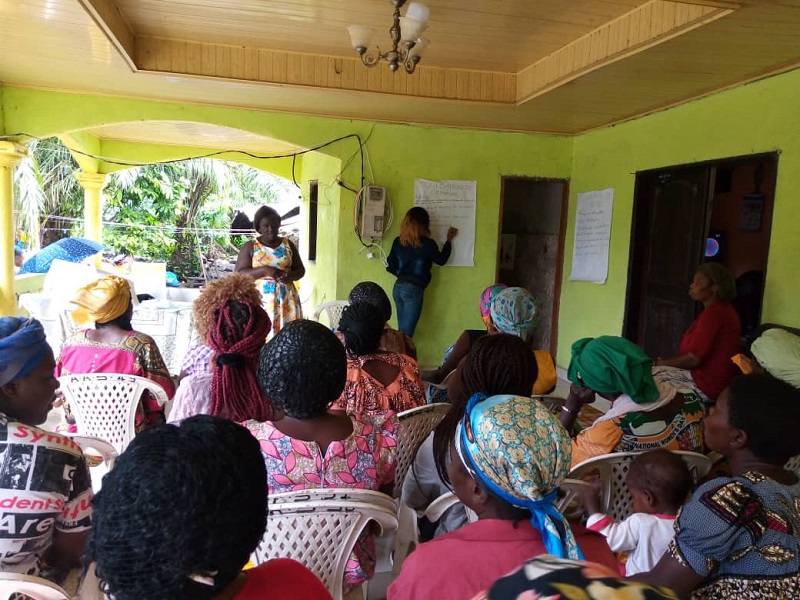